Aulterra’s Neutralizer has proven through in vitro studies to be the only product available to protect human DNA from the harmful effects of EMF/RF radiation. The Neutralizer alters the bio-electrical patterns emitted by wireless devices and neutralizes 100% of the detrimental effects caused by EMFs on human DNA. It provides protection from molecular, electrical and thermal radiation emitted from all electronic devices. The chart below shows EMF fields before and after the use of the Neutralizer disc:

The Only Product that Neutralizes 100% of the Detrimental Effects from EMFs on Human DNA!

Man-made EMFs have chaotic waves of energy and frequencies making it different from natural EMFs. The man-made EMFs chaotic energy can distort or disrupt organic energy patterns, causing damage to human DNA which is the reason that artificial EMFs are hazardous, disruptive and weakening to cellular metabolism.

Another way of looking at the coexistence of particles and waves is to say the matter oscillates between particle and wave form. This way, depending upon the detection technology, energy can be ‘caught’ in the safe form.

Bio-electromagnetic researcher, Glen Rein, has suggested a possible mechanism to explain the protective effect of the Neutralizer. He states that

“…the natural coherent energy emanating from Aulterra [Enhance} neutralized the incoherent energy from the man-made EMFs, rendering it harmless to human DNA.” 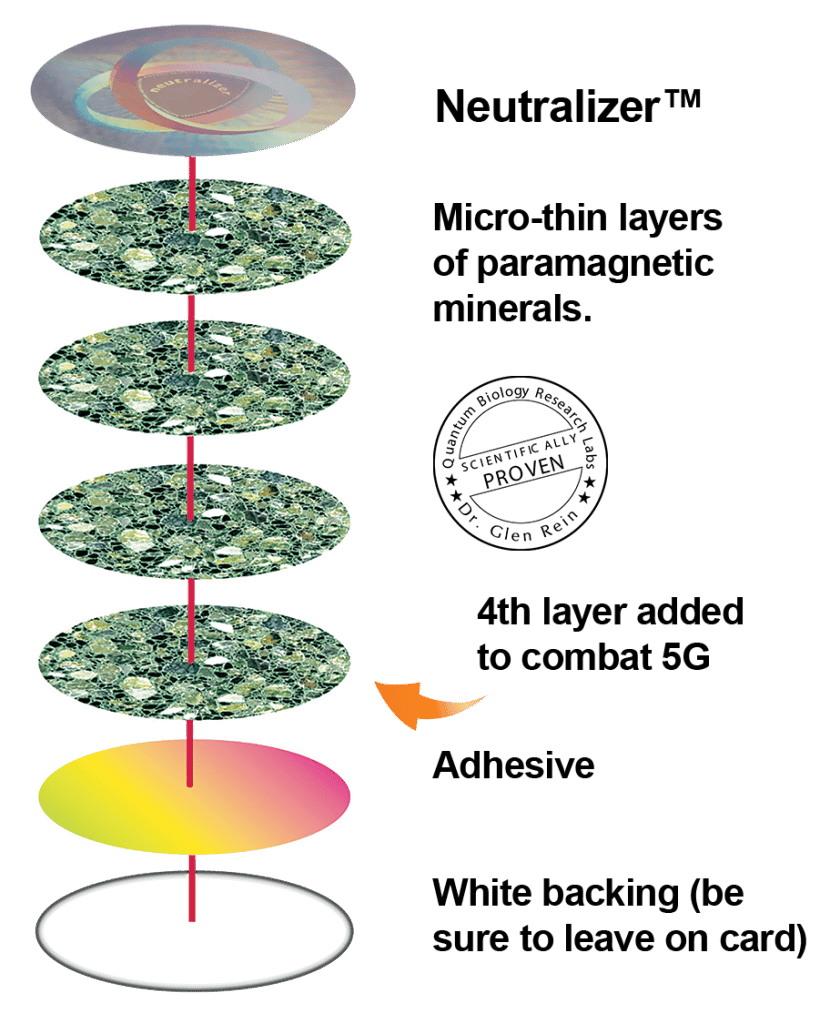 There are no reviews yet.

your health is our priority